HealthChangers Podcast: The Importance of Design in Humanizing Technology 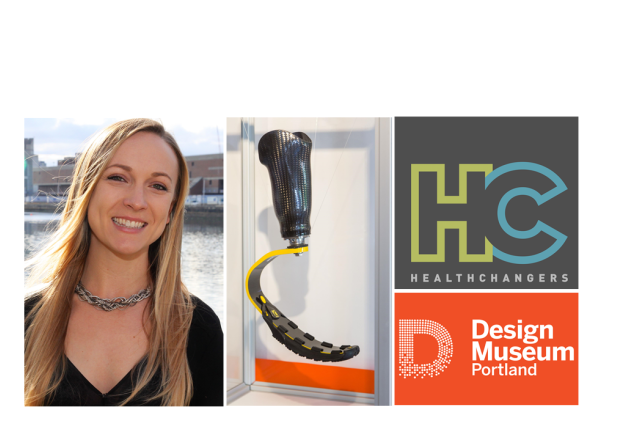 There are more than 35 million people living with limb loss around the world. Luckily, advances in medicine, robotics, sensors and 3-D printing have transformed what’s possible for human mobility. But as prostheses gain in functionality, they also become more complex. Design plays a critical role in humanizing technology, allowing wearers to integrate devices into their lives - not only from a functional prospective, but aesthetically as well.

In this episode of HealthChangers, we explore how human-centered design is helping to make health care better for those who live with limb loss. We’re joined by Erica Rife, the Managing Director for the Design Museum Foundation, a non-profit focused on educating the world about design. Their successful multi-media exhibit, “Bespoke Bodies: The Design and Craft of Prosthetics,” highlighted people at the intersection of health care, style, and technology in prosthetic design.

Cristabel Nichols (CN): Erica, you're the Design Museum's managing director. Your team is responsible for many out-of-the-box exhibits that aim to help people solve complex problems with human-centric design. Can you share more about your personal story, what drew you to this work and more about these incredible exhibits?

Erica Rife (ER): I joined the Design Museum Portland team about two and a half years ago, but I have followed their work for almost since their infancy. I was working with early-stage startups early in my career in Boston, and they went through the startup accelerator program that I was working with. I was so intrigued by this concept of design, but I didn't think that I played a role. I didn't think that I was a part of the design conversation because I didn't go to school for it. I didn't have a formal education in it, so I did what I do. I helped them via programming and educational support and access to mentorship and that kind of thing.

Then, a few years later, I was doing a bit of self-realization of what I wanted to do, and I said, "I think design is it, but I don't know how to get into it," and I reconnected with Design Museum in Boston and realized that this is how we're talking about design. It is everywhere around us. It is applied to everything, and it's a creative problem-solving process, and so, once I realized that what I was doing was creative problem-solving, too, I wanted to bring that realization to more and more people about how design impacts our everyday lives. So, I asked to join the team, and they said, "Come on out to Portland, Oregon, and run our branch here," and I have never looked back.

There’s so much to be done. There's so much improvement that needs to be happening in the world, and we believe, and I believe that design is the answer to that. 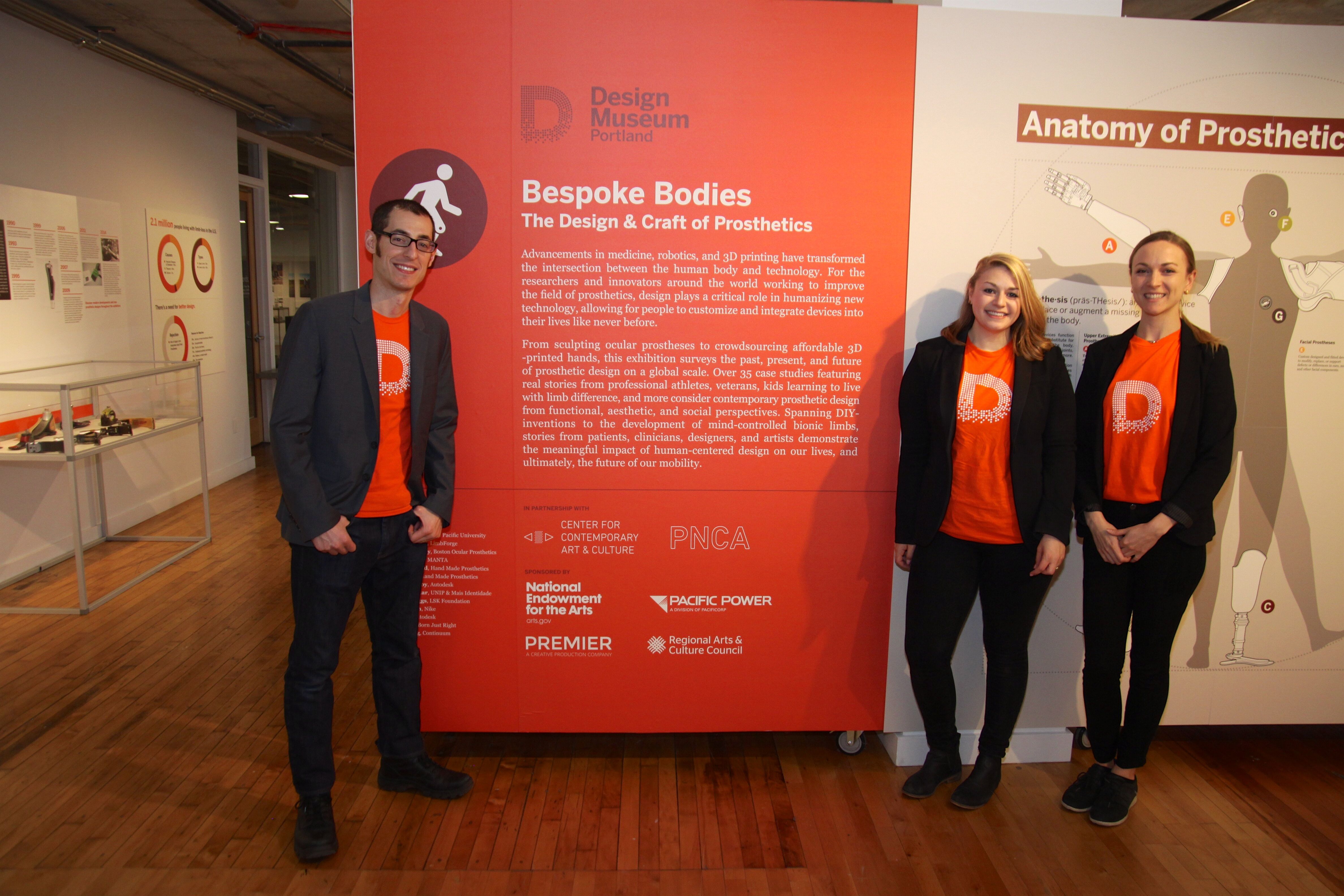 The programming and the notion of Design Museum is that we are activating spaces, and we're talking about how design impacts our everyday lives through our workplace, through play, through education, through health care, and this is just a completely different take on design than I had ever been exposed to before, and so we're nomadic. Design Museum Portland is nomadic. We pop up everything that we do in different locations around the city, effectively turning the city into Design Museum and, that way we can showcase it as it's actually happening, bringing the non-designers and the designers together to be able to connect designers with their end users and have more people be able to talk to the people who are making change and making innovation, and that really spoke to me. There's so much to be done. There's so much improvement that needs to be happening in the world, and we believe, and I believe that design is the answer to that.

CN: You mentioned that people got to learn how to use a pencil or walk differently, basically give them more ability. 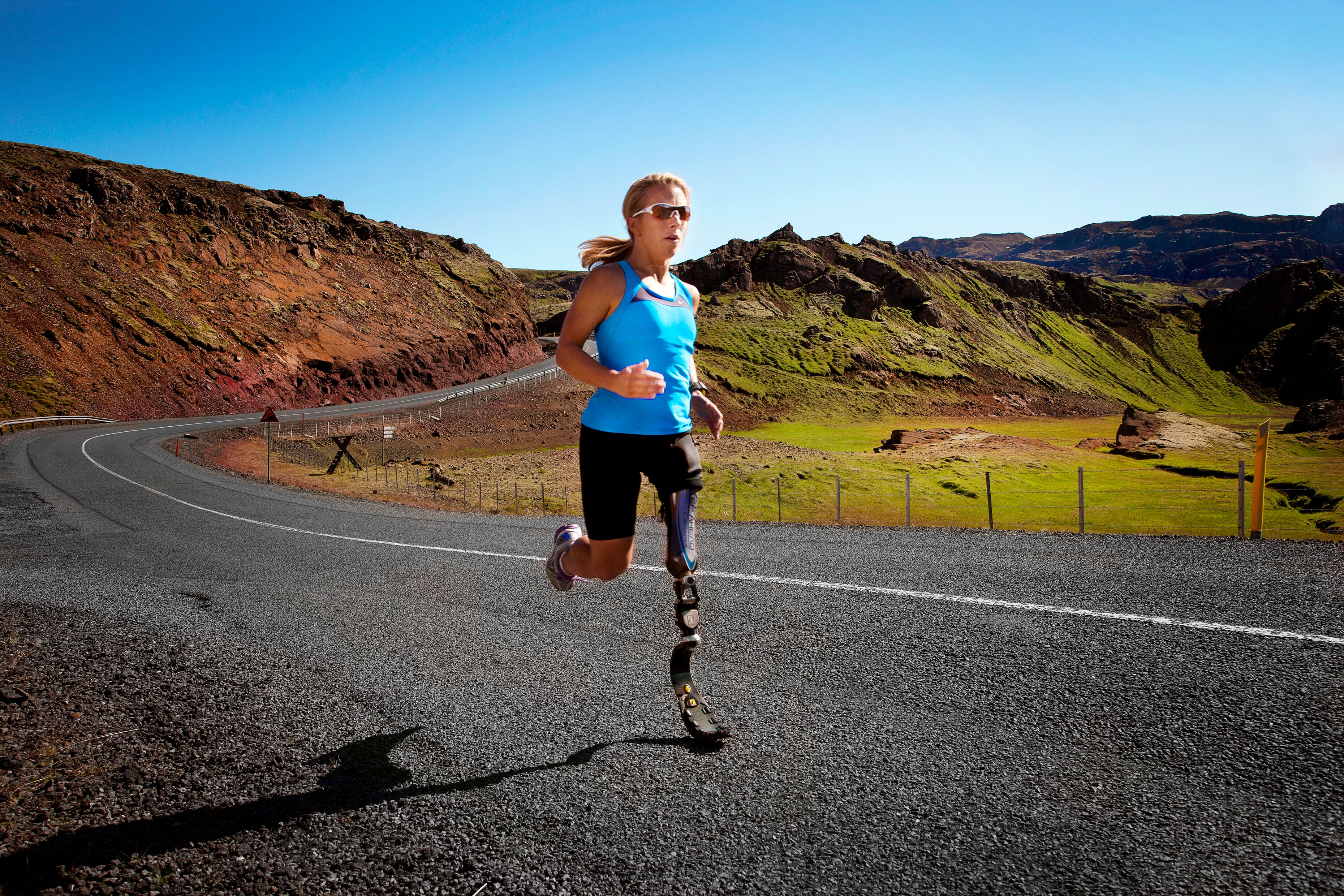 ER: The basis of the exhibit and the basis of what Design Museum does is talk about people. We are so focused on not assuming that design is something that happens magically behind closed doors, but that there are real people behind it, and more so that it doesn't just have to be the people who have gone through that formal education, of course, we need those people, they've been trained, they have that knowledge, but that we want to give that ability to more people who are in need of new innovations.

The purpose of this exhibition was to help define what prosthetic devices are, give people more of that knowledge and understanding of what it means to have a prosthetic device, but to showcase individuals who looked at what was available, what was designed from these very specific people who said, "This is what I think people need from prosthetic devices," and they said, "That's not allowing me to live my more fulfilling life. Maybe it is just an ability to walk and not an ability to run," and that is something that would be missing. Maybe it is access to being able to participate in extreme sports like mountain biking or snowboarding. 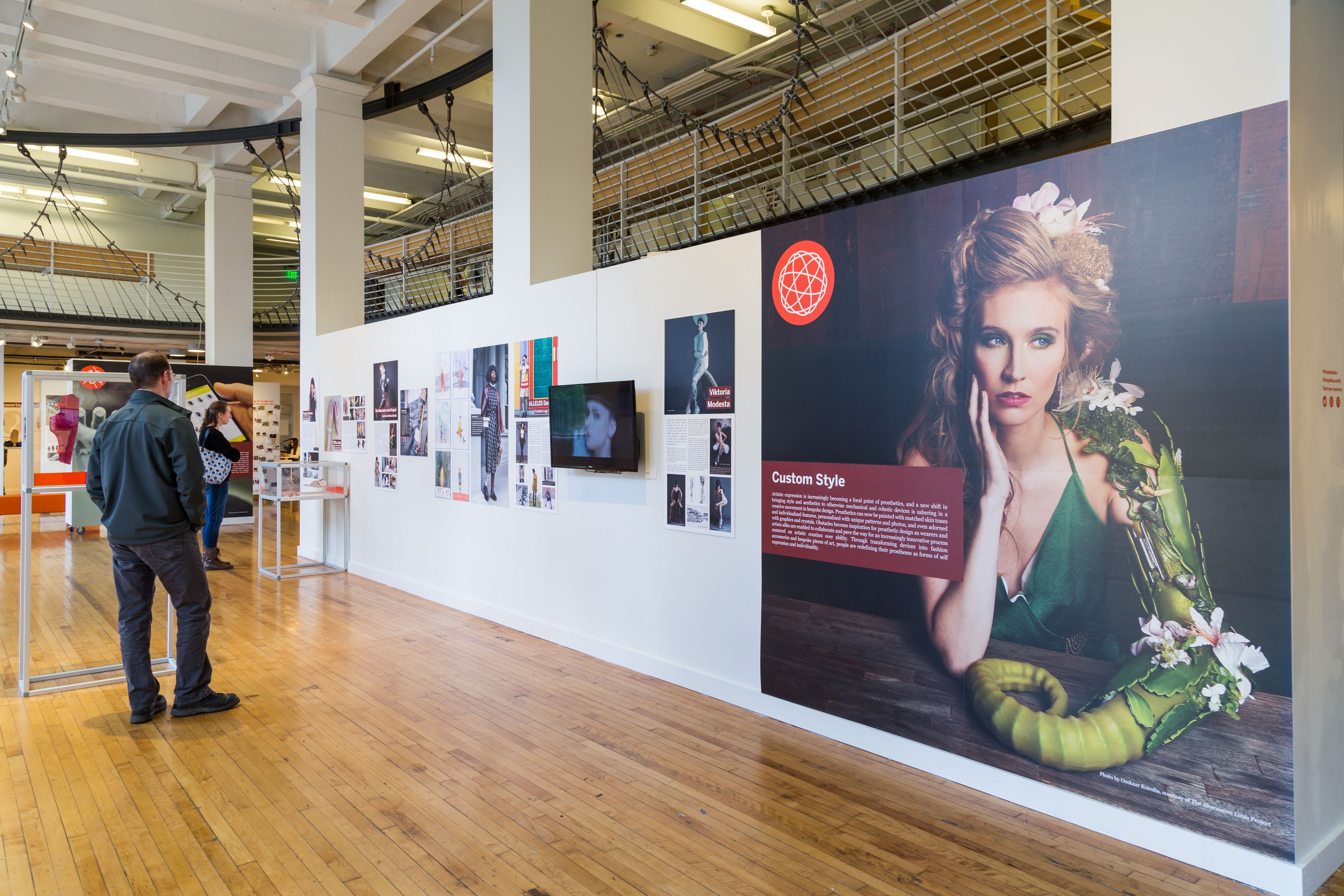 There's also artistry in it. There's so many people who, especially in the more recent years, who have embraced this. They're proud of it, and they want to showcase to other people that this is not something to be ashamed of. They are wearing things proudly. They're wearing things with more artistry behind them, more uniqueness behind them, and then also, in developing countries, what are the current technologies that are being put in place, 3D printing is a great example of that, that are allowing more people from places where they don't necessarily have access to that high technology devices, that they can get that through adaptive technology.

The Future of Prosthetic Technology is Human Centered Design

ER: We did a kind of VIP event in relationship to Bespoke Bodies where we went over to Hanger Clinic, which is one of the leading prosthetic clinics in the US, and they did this very, very intimate tour of the clinic, and they even brought in one of their own staffers who was an amputee, and they did a sort of a baking show model of what it looks like to get your socket fit. So, they sat with him in the room. They cast his leg, and then we went into this other room, the shop room that they have and, like a baking show, all of a sudden, the socket was hardened and ready to be shaped. 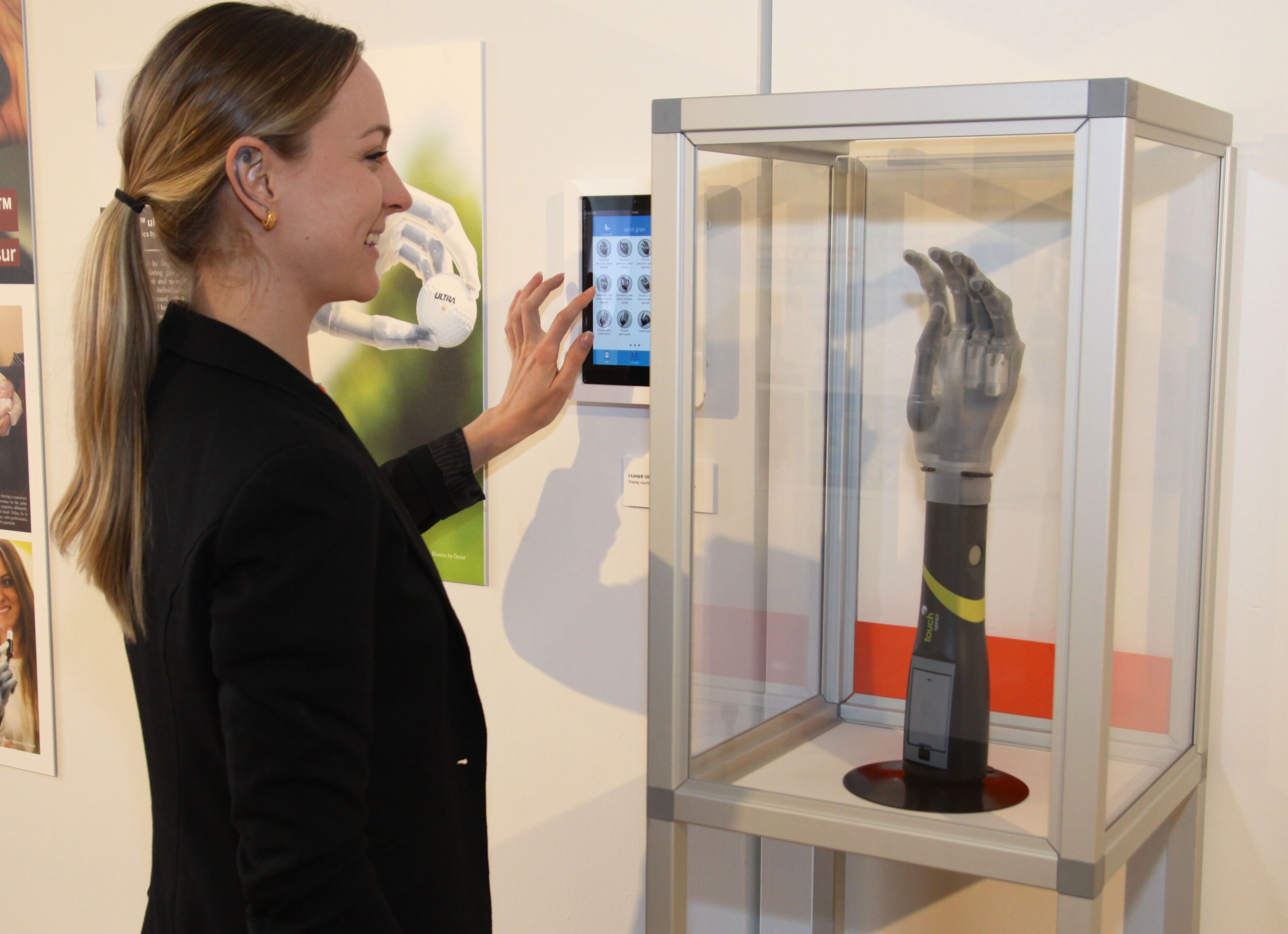 It was so fascinating because we had this roomful of designers, not necessarily medical professionals, and the tools that they were using to shape the socket were the tools that these folks used in their art studios, in their sculpture studios, and then, at the end of it, they fit the socket onto his leg, and then attached the prosthetic device to that.

Right when we were starting the work on this exhibition, somebody said to me, "Amputation is like a fingerprint. No two amputations are the same." There might be nerve damage that happens. They're cut off in all different ways. There might have been various qualities of the actual medical procedure that they were faced with, so, to not lose the importance of that very specific and very individualized craft that goes into making each person's prosthetic device I think is really important.

Right when we were starting the work on this exhibition, somebody said to me, ‘Amputation is like a fingerprint. No two amputations are the same.’ 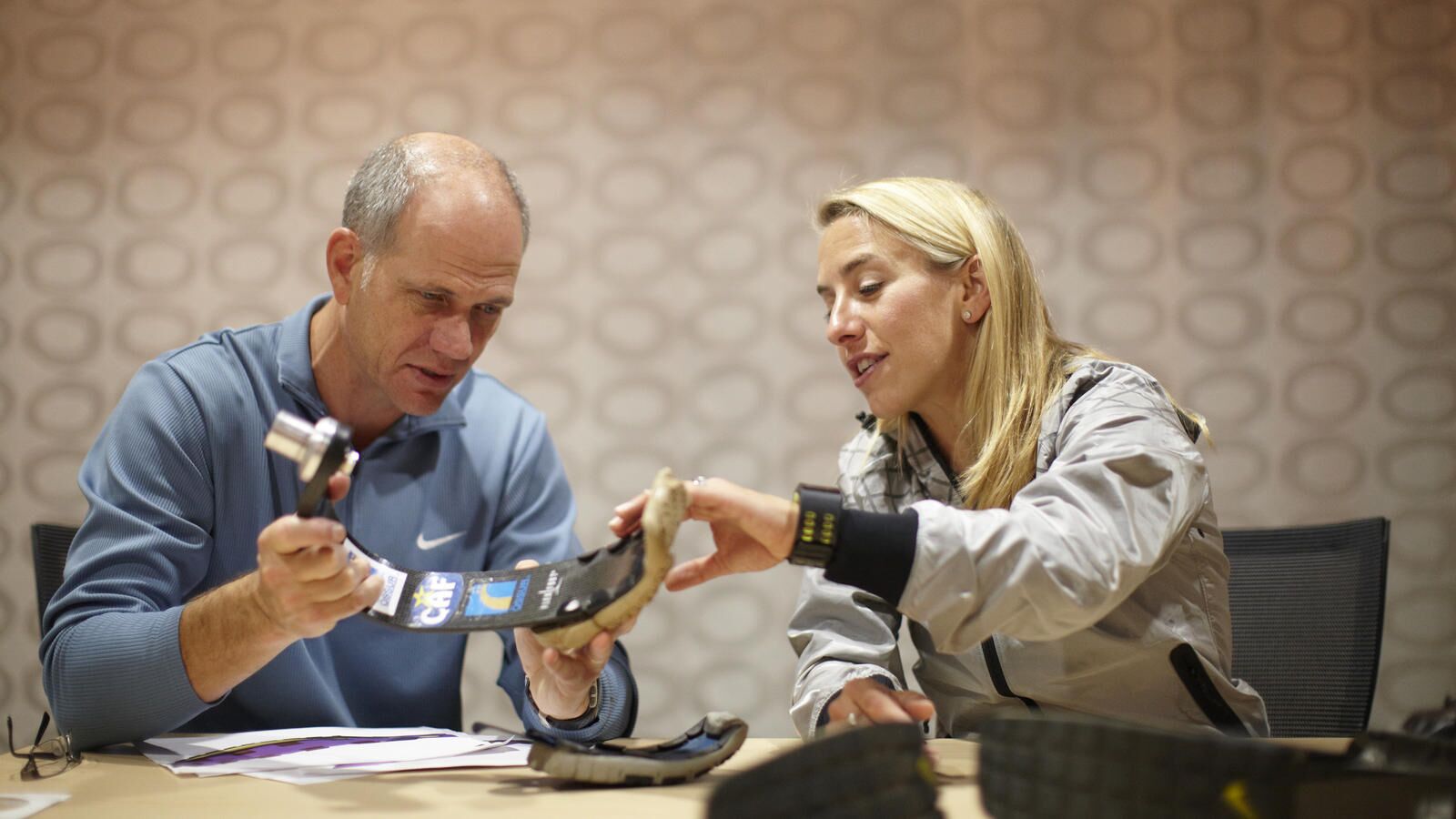 That being said, it’s costly. That's something that needs to be assisted for many people by a health care company, and so there are a lot of innovations that are happening. We'll go back to 3D technology, 3D printing technology, that people are able to pop on a device that might help them hold something as simple as a pencil.

There's a really wonderful group called e-NABLE, and they have these Hand-A-Thons where they print out all the different pieces that you need from a 3D printer, and then groups of volunteers will actually assemble these 3D-printed hands. They're mainly for children and they're mainly for right-above-the-wrist amputations, but even something like that, especially if we’re looking at developing countries where there is no access to prosthetic devices, that is eons better.

Eventually, hopefully, we will get to the point where 3D-printed technology can cast sockets as quickly and as efficiently as a real human being can, but I think that that's the cusp that we're at right now is that there's a real need for the real people behind the design, behind the craft and then, in the future, there will be more advancements when it comes to this technology for fitting people as they need to be fitted. 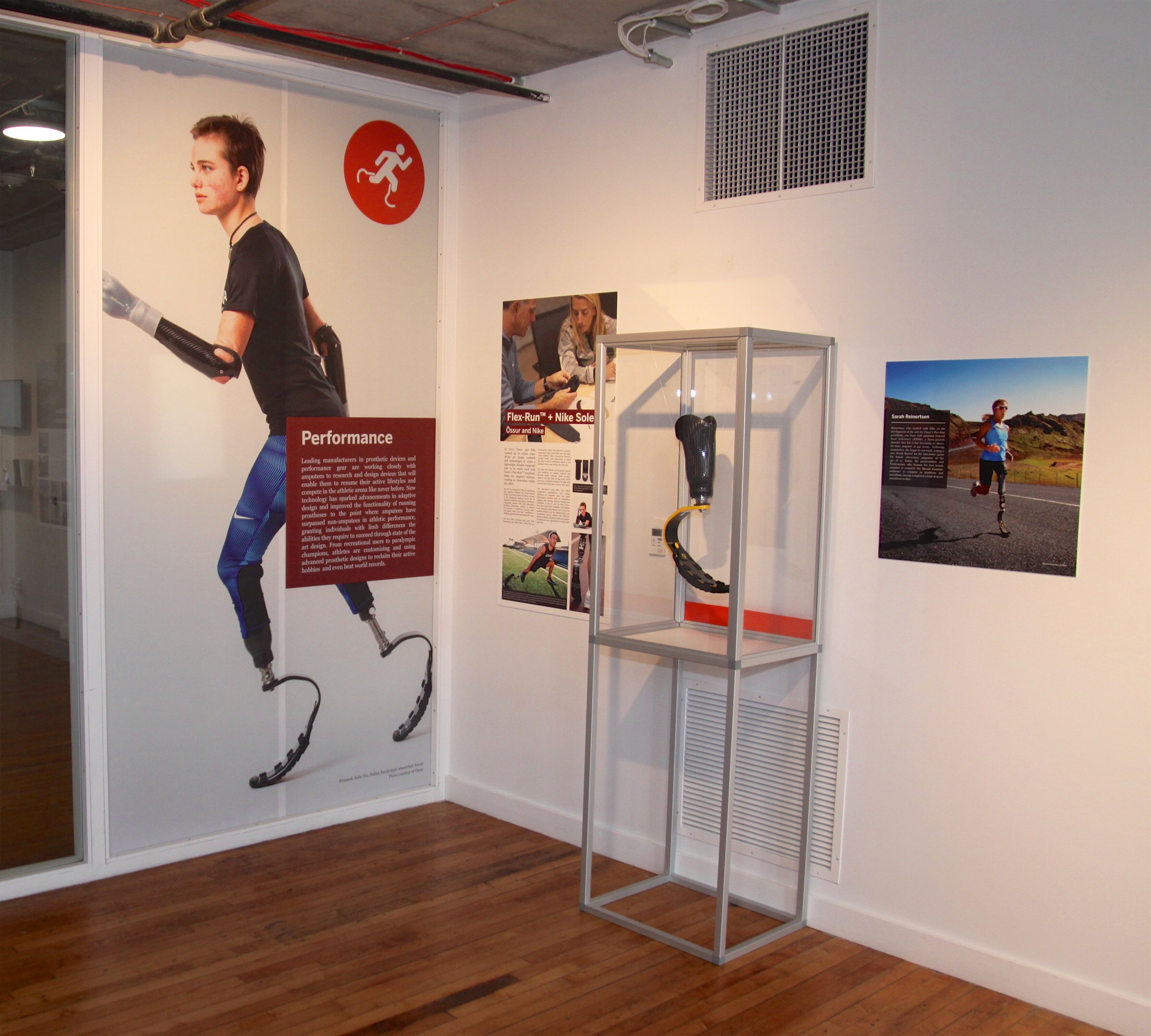 Some of the folks that I spoke to at Hanger Clinic, they, they're such an amazing partner in this program, and I asked them what they wished the audience knew, and they said, "That we exist," that prosthetists exist, that there are these human beings that are behind it, that health care needs to be able to cover that type of technology. I also heard some staggering comments from people that of essential versus nonessential. That's a common question when it comes to health care and to being able to cover things, and one of them that really stood out is the fight to give a child a running blade, that that's not necessarily considered an essential by some people. I don't know what children you know that don't like to run around, that actually running might be a more common activity than walking. 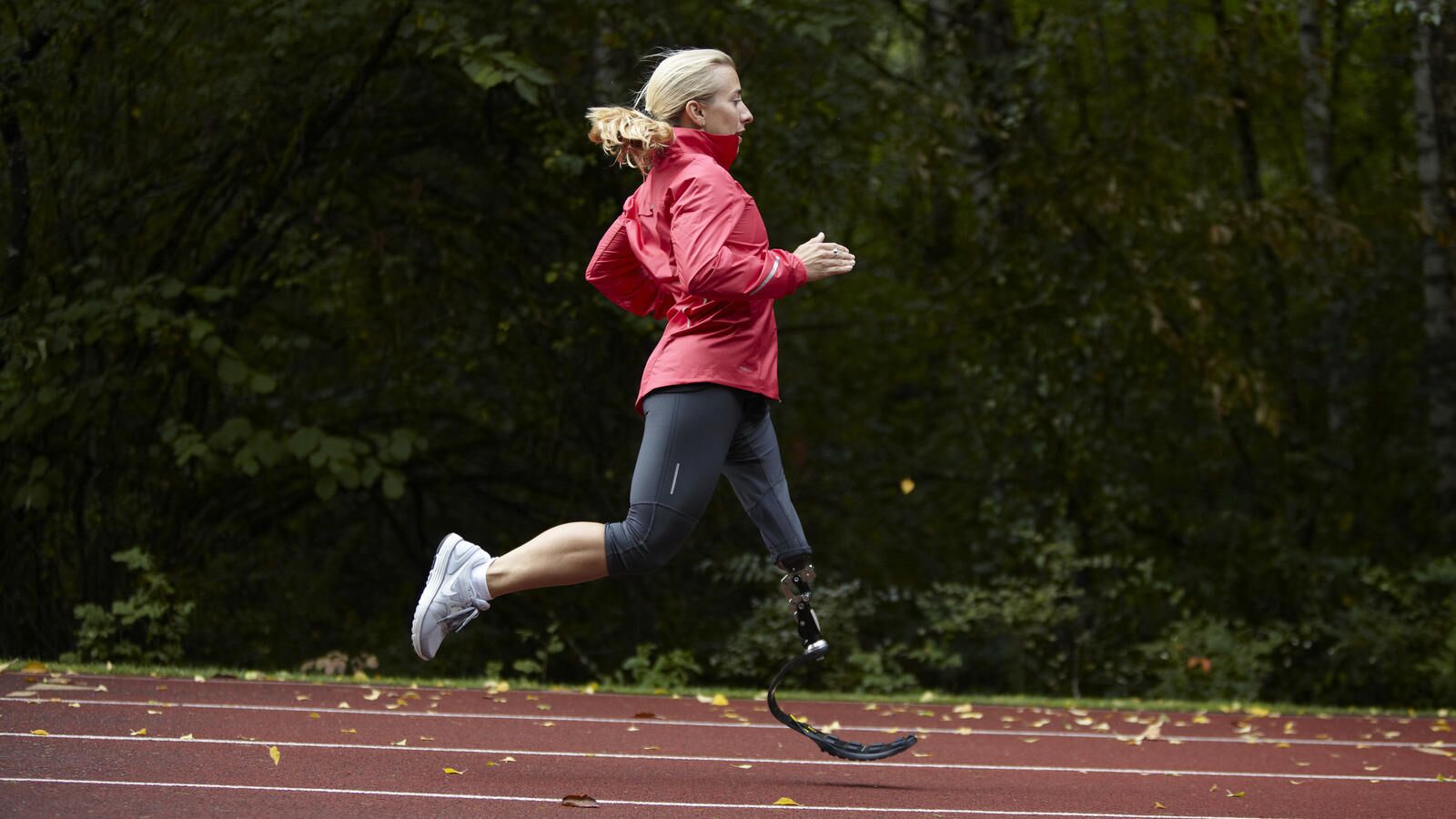 Everyday activities – we need to be able to provide to people, to have them live more fulfilling lives just like the rest of us. That to me is what I want people to know, look at things not just from a very specific or very elite standpoint, but look at it from everyday lives. What do you use your limbs for every single day, and what would it be like if that was removed? What would your personal hobbies or activities, playing the guitar or dancing, what would be taken away from you if that limb was taken away, and what would that do to your lives? Then, start to consider what prosthetic devices and what adaptive technology could do to provide that for people.

That wraps up this episode of HealthChangers. You can find more information on all our episodes at cambiahealth.com. Follow us on Twitter @Cambia. You can now find HealthChangers on all of your favorite platforms. Just search for “HealthChangers” on platforms like Apple podcasts, Spotify and Google Play. Please subscribe and leave a review. Thanks for listening.